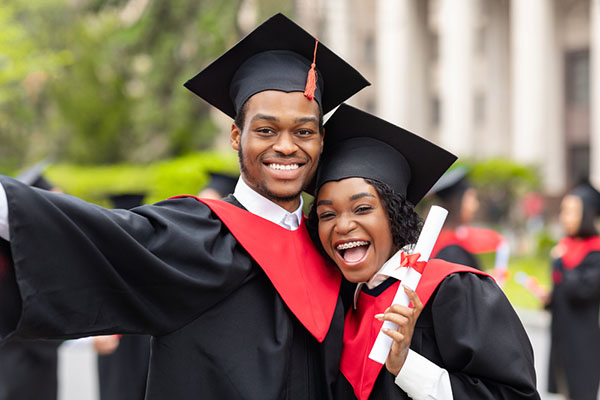 Long before Prime Minister Andrew Holness declared that there does not exist sufficiently trained workers in present-day Jamaica to meet the necessity of economic growth and job creation, at a recent appreciation function for retired Spalding High School Principal Alphansus Davis, I had formed the view that Jamaica faces a grave skills gap of its young people in the face of its complex job market.

Active involvement in academia and a decade of service in the public sector led me to the view that modern Jamaica is in desperate need of a skills education revolution more than at any other time in its history. All available evidence suggests that this is necessary if this piece of ‘Rock’ in the Caribbean Sea is to increase its chances of survival considerably towards a decent, tolerable, and prosperous polity in the remainder of the 21st century.

I say this not to intimidate, but rather because of the growing awareness that the world is not only changing; it is actually being reshaped before our very frail and vulnerable eyes. And this, in my view, is happening faster than we as a society have been able to reshape critical cohorts of our population through education and training.

The prime minister’s spirited, well-meaning, and non-contentious reference at the Spalding High School function that his Administration plans to double down on the education sector because it has come to represent a binding constraint on our economic growth prospect must surely be applauded by those of us actively engaged in, and wanting to be a part of, the search for solutions. Equally, we should welcome the news that this Administration has increased considerably the education sector’s share of the national budget this year to $101.6 billion  up from $98.9 billion last year. But, in light of the challenges ahead, this fiscal Band-Aid will be far from adequate in closing the gaping skills deficit now reaching crisis proportions.

Here is why. Faced with the rapid acceleration of the fourth Industrial Revolution  open innovation, the increasing use of robotics, the penetration of wireless technology, the inevitable growth of the knowledge economy, the growing importance of artificial intelligence, the digitisation of the workplace, and much more our higher and tertiary education establishment  and Government on a whole  are falling woefully short in providing the next generation with the right tools for success jobs and skills that are adaptable for the future.

Published official reports suggest that although our open economy grew by an estimated 0.3 per cent for the April-June quarter of 2017, some 80 per cent of firms committed to playing their part in growing the economy are nevertheless finding it difficult, if not impossible, to fill vacancies in their organisations, especially in the areas of production and services. In fact, because of prevailing skills deficiencies, there is a 72 per cent demand for skilled workers in these two areas alone.

Readers of the Sunday Observer from the private sector would appreciate that, according to the same official reports, employers seeking graduates with tertiary degrees also expect them to have additional practical experiences from recognised education and training institutions in such areas as: customer service, critical thinking and reasoning, leadership, work ethics, etc.

What this body of evidence clearly suggests is that if we are serious about exploiting the great opportunities for growth that are ahead of us  according to Jamaica House and various private sector activists  then we need to transform the way we view education in Jamaica.

Our policy determiners must quickly recognise that the anguish and anxieties about an uncertain future in the 21st century ought to force our society into the urgent review, reassessment, and active search for new and appropriate modalities of operation in confronting our unpreparedness for achieving prosperity through skills education in the years ahead. If this is what the prime minister meant by saying that our education system [is] a binding constraint on our economic growth prospect, I am in total agreement with him; and would suggest that he mounts a campaign around this theme in a manner that the average citizen will come to understand.

In other words, if we are to survive the rapidly accelerating technologically driven world of this century, and make sense of it in the process, we will have no choice but to begin by radically reversing our deep obsession with academic degrees. [See table]

Instead of this obsession, the increasing numbers of us  Government, the private sector, non-government organisations, trade unions, community groups  must begin to press for a revolutionary increase in the delivery of basic skills and technical training by public and private tertiary education institutions, especially in light of the fact that jobs currently taken by young people in the 16-25 age group could be at risk of automation over the period of the next two decades.

In this regard, I welcome the recently announced partnership inked between the University of the Commonwealth Caribbean (UCC) Group (formerly the University College of the Caribbean) and the Ministry of Education, Youth and Information to provide 5,000 scholarships  beginning in September of this year  to young pre-university students in the 16-18 age group under what is dubbed the Early College and Advanced Placement Programme (ECAP), for job-ready technical education training and certification in the skills areas of logistics and chain supply management, information technology, construction site management, tourism, and a host of others areas.

No doubt, given our prevailing skills deficit problem, this initiative could reasonably be regarded as a drop in the bucket. But, such a perspective would be myopic and unfairly detract from its seriousness of purpose. It points to some worthwhile possibilities in addressing the problem before us.

To begin with, the institution’s ECAP  and others such as its professional training courses in sales  recognises that our people, irritating as they may be, are the only major source of real wealth that we have. They are an asset in the development process. And as the Caricom/Commonwealth Secretariat study entitled ‘Caribbean Development to the Year 2000: Challenges, Prospects and Policies’ concluded: Their asset value is enhanced by education and training.

Secondly, the leadership of the UCC clearly understands that universities feed into the job market in a strategic way. They exist to prepare students for the world of work. As such, its ECAP skills training initiative, in my view, ought to be viewed as an important initial step forward in possibly changing the way we come to recognise universities as putting more emphasis on teaching and training quality and employability.

For this is one sure way of overcoming the inequality problem in our education system; a malaise frequently lamented by former Prime Minister Edward Seaga and Ronald Thwaites, especially in his former capacity as minister of education in the previous Portia Simpson Miller Administration. After all, the ultimate aim of a forward-looking approach to skills education in today’s world is to prepare students to be change agents in the workforce and to ultimately be job creators and pioneers themselves.

My contention, then, is that any successful model of skills education in contemporary Jamaica should convince Government going forward to look very seriously at redirecting funding allocations from purely academic courses in the public education sector towards courses and degrees focused on technical and basic skills. Financial incentives should go to universities and training institutions teaching the skills we need ahead of the fourth Industrial Revolution.

As I write, for example, children in the United States starting kindergarten (basic school) this year face a prospect of having 65 per cent of the jobs they will ultimately fill not yet having been created. This tells us that there exists the need, notwithstanding our obsession with the vagaries of power-politics, to think creatively about the new role of education and preparation.

Without such an approach, I just do not see how the inequality gap in our education system between the disadvantaged  school drop-outs, victims of a fast-changing labour market, those unable to build high value skills first time around  and the most advantaged can be reduced in time so they all can climb the ladder of prosperity during the fourth Industrial Revolution, or (parochially) the Government’s 5 in 4 growth path.

In light of this classification, how can stakeholders in our universities and skills training institutions be persuaded to specialise in these and other areas? And how can those that do not provide a good return on academic courses be incentivised to reinvent themselves as centres of technical excellence?

These are the questions being asked by business people I have spoken with, who, over time, have built up business establishments that employ people. Many reveal that they would like greater collaboration between tertiary training institutions and themselves. In particular, local businesses which are facing unfilled vacancies due to the prevailing skills deficit, in face of the impending fourth Industrial Revolution, are most in need of greater partnerships between tertiary training institutions and themselves that focus on their specific skills needs, by planning curriculum and certifications to specifically meet those needs.

This way, young people, 16-25, can not only earn as they learn, but equally important avoid ruinous debt and be guaranteed good quality jobs in the new growth industries the prime minister and his team at Jamaica House so often talk about in their declared quest to consolidate the vision of economic independence.

Over to you, Prime Minister.

Overcoming lost time away from the classroom